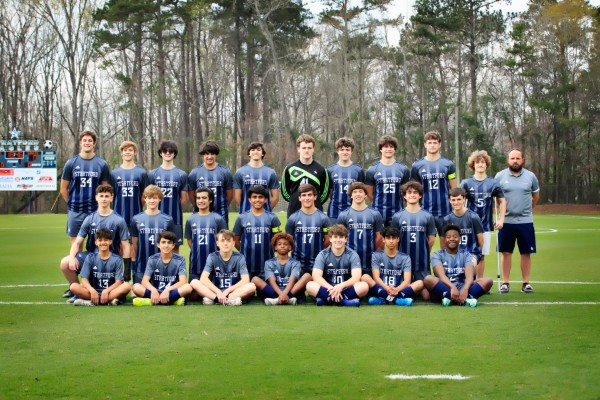 The Stratford Boys Soccer Program had its first season in 1978 when Coach Bob Childs coached the only game that season. Since that inaugural game, the boys team has produced over 70 All-State players and have well over 90 players selected for the Macon Telegraph’s All Middle Georgia Team. In 43 seasons the program has won 11 State Championships and been State Runner-up seven times. They also have won 19 region championships.

In 2014 the Eagles jumped to the GHSA and made it to the State Final. In 2019, 1996 alum, Iain Jones took over the helms of the program carrying on many of the traditions he learned as a student-athlete.

With arguably the best facility in the state and its winning tradition, Stratford Soccer continues to strive for excellence and success on the field and in the classroom.

2021 Season Recap
There are no events to display